The Art of Choosing Your Main

When you get into a new fighting game there are few things you can expect to see just as much as the round start and K.O letters flying off your screen. Before arriving to the battlefield, you reach a haven where 2 (or more) warriors are chosen to duke it out.

This sacred place I’m talking about is the character select screen. It’s a place you will be spending a lot of time during the fighting game experience during and after the hunt for your main.

Main is a term given to your go to fighting game character. Your main is whatever fighter you decide you will spend the most time practicing with and use the most in matches. It’s the character you take to tournaments and go 0-2 with constantly until you get that zenkai boost. In many ways, you could equate this character to your avatar, Stand, or Persona.

Your main is who your fighting style and personality shines through, and much like unlocking your Persona or Stand, finding them is no easy feat, leading to something many in the FGC call a character crisis (not knowing what character to stick with).

The formula for finding this main character varies from person to person, however one question that is common between many players is:

Personality is a very important thing that goes into finding a main. Whether you’re basing your choice on character personality, aesthetic, or alignment, you’re going to want to be playing a character you actually like and care about. Sometimes that likability allows you to be the best you can be with your character. As corny as it sounds, it builds a connection between you and your in-game avatar much like many in the community attach certain characters to certain players.

Another part in looking for a main that’s just as important is liking the way they play. You want a character to match how you want to play, therefore leading to the best synergy between both of you. That means if you like rushdown (going in and pressuring nonstop) you’re going to want the faster character out of your options. You want to turtle and keep your opponent out? I know an American flat top that fits that bill.

Your character’s playstyle and tools are going to be your responsibility to play and optimize to the fullest, so you’re going to want to enjoy them and be ready to use them over and over again. You don’t want to go in saying “I love this character but man… these tools are trash.”

Character tier and power-level because yes, there are players that just play to win and they’ll use whoever they need to do it. BUT, there are also players that would rather use the underdog low tier and win using them and their lack of tools. Whatever side of the spectrum you’re on, there will always be a character for you and there’s no shame in either choice.

Finally, if you’re wondering, “How am I supposed to find my main when there are so many characters to try!?” Well, you don’t have to. You can window shop by watching matches with different characters and deciding from there. Or you could let a playing buddy set you up on a blind date and choose for you if they know your style well enough. However, if you’d rather try everyone yourself then just go on speed dates! Whether it’s just training mode or trying a few trials for each character and deciding from there.

I hope this makes it easier for you to find your next main. With so many fighting games coming out recently, it's not an easy task but you’ll manage. 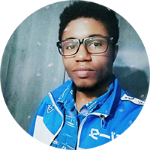 De'Angelo is a writer with a huge love for playing and writing about fighting games (along with countless other game genres).