Normals, Specials and Breaking their Limits

Normals. Ultimately the most basic of your key tools and the foundation of your steps to any hypothetical plate presented in a fighting game. Your playstyle is founded on how your character’s normals work and how you put them to use.

For most fighting games, they use number pad notation. As implied, this parallels with a number pad as seen on a PC keyboard. The numbers correspond with directional input on a controller joystick:

Using directions isn’t enough to say everything though, as you have to read the face buttons as well. For the sake of example, in Guilty Gear Xrd Revelator, punch would be read as P and kick would be read as K. Putting this all together, you’ll see a number pad notation of 6P and think “forward + punch button at the same time.” With special move inputs, such as gunflame in Guilty Gear Xrd Revelator, or Ryu’s fireball in Street Fighter, you’ll see the notation 236P, also known as the “quarter-circle” input.

Now that the hieroglyphics are out of the way, we can talk about normal attacks, and more importantly, what’s so special about them. They are multi-purpose tools that are always available to you. The Evo 2016 Street Fighter 5 champion, Seon Woo-Lee “Infiltration” once said in an interview, “If they designed a move to be used in a certain way, I say forget that, I’m going to find more uses for it.” The reason you can use normals for many different situations is purely because of the move’s properties.

Take for example, Sol Badguy in Guilty Gear Xrd Revelator 2, who is a fantastic starting character for just about any player. It’s pretty simple to figure out what moves are useful for certain situations with Sol, but let’s analyze one move of his and the properties that make it unique in his arsenal.

This is Sol Badguy’s 6P, a command normal (a normal that has a single directional input) that is relatively fast, makes Sol immune to upper body damage and grabs/throws, does good damage and can lead to combos on hit. So why not use this move all the time? Mainly because it’s only relatively fast and not quite as fast as a 5P or even 5K from the other characters. Additionally, it only has those invulnerability properties at varying points of the startup of the attack. In layman’s terms, it’s not the answer to every situation, but it is an incredibly useful tool in your arsenal for specific situations.

Because of its properties, we can infer that using this command normal is great when someone tries to hit your upper body and you proactively retaliate with 6P, similar to dodging a punch and returning one at the same time in boxing.

Similarly, special moveshave similar aspects and situational use. Special moves are attacks of yours that require a special input such as the quarter-circle forward (a 236 input) before hitting a button. An especially important example being Sol Badguy’s Volcanic Viper (623P), an incredibly fast special move that uppercuts in front of you.

This special move is completely invincible during its startup but if the opponent blocks it, you’ll be unable to hit back or even block to defend yourself for a short time. This kind of high-risk move is great for getting your opponent off of you but if your opponent calls you out, you could be in trouble.

Unfortunately, most games don’t explicitly tell you the benefits of all of your character’s normals and specials, but Guilty Gear is exceptional in this regard. Its tutorials can guide you through the uses of your attacks and special moves. However, experimenting with your move-set and practicing normals against moves that you see often used against you in game will show you just how flexible your move-set really is.

Stay tuned for part 3 of our training series: Combos and conversions! 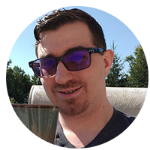 Christian "Phace" Bianchi is a creative writer and a wandering warrior on the stage of history who seeks out games that get your blood pumping.